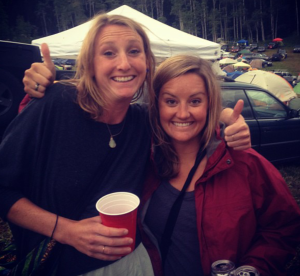 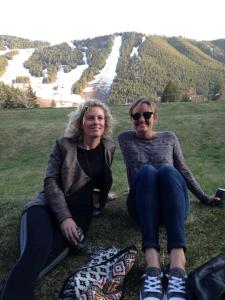 One of our favorite activities with TetonTy was sitting on the porch of the yellow house on Hansen Avenue, where we spent many nights (wee hours of the morning) over-serving ourselves with red wine. In between gossip, Tylerisms, and deep life conversations, we stumbled upon the idea of running with her in the 2012 Marathon. Because we weren’t quite “Turbo-Tyler,” we decided to create a team of four that would run beside her. Together with Margie Boyd and Sarah Hirsch, we were defeated by Tyler, even though we only had to run 6-mile intervals. 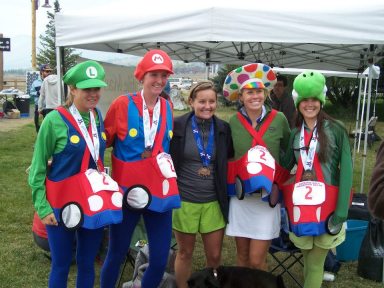 For us, the marathon wasn’t just a symbol of our friendship with Tyler, but also with Nix. The following year, we cheered on Nix as she too crushed the marathon. Tyler didn’t miss an opportunity to show her support. She surprised Nix by bringing their doting cottage of C-V Ranch kids out to the sidelines. The cheering was the perfect demonstration of their running camaraderie. Even Nix would agree, however, that Tyler was an anomaly. We would ditch exercise for a rowdy float down the river, while Tyler ran a casual 14 miles. Her humility was admired and respected by all, with the exception of the time she gloated about beating world-renowned snowboarder, Jeremy Jones, up the steep Glory bootpack. But who wouldn’t? That is a well-earned bragging right. 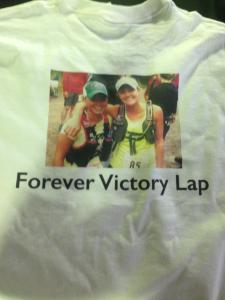 Our bragging rights are far and few between when compared with the two of them. So this fall, we once again wanted to show our support for their shared pastime, but fell short of training for 26.2. Even six miles seemed like a feat, but we were willing to push ourselves to half of what they ran every day. On September 5, 2015, over 50 members of our Jackson family hit the pavement and the sidelines in support of the much-loved duo. Smiles and spirits were high, despite the rain and hail, as we remembered and continued to be inspired by their passion. As we rounded the corner to cross the finish line, the sun came out just for us. Their way of laughing, because we still did not manage to beat their previous marathon times. 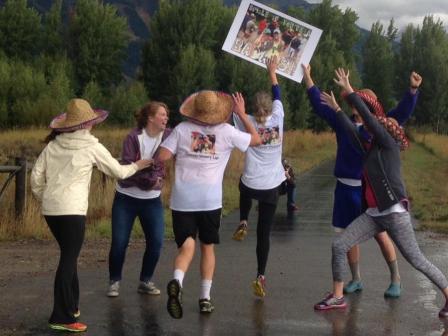 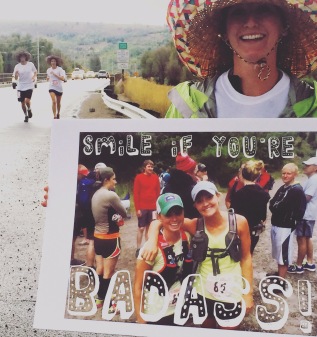 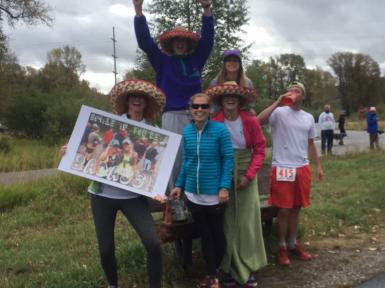 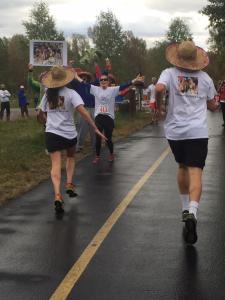 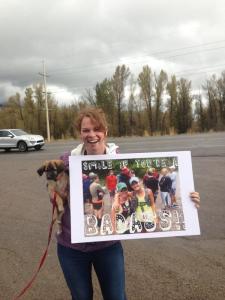 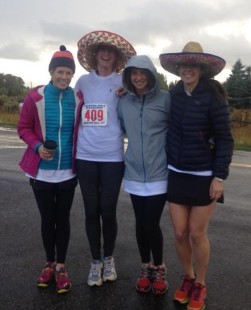 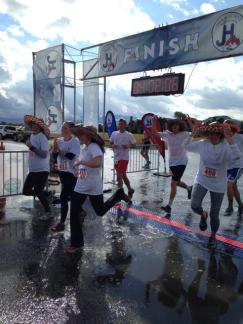 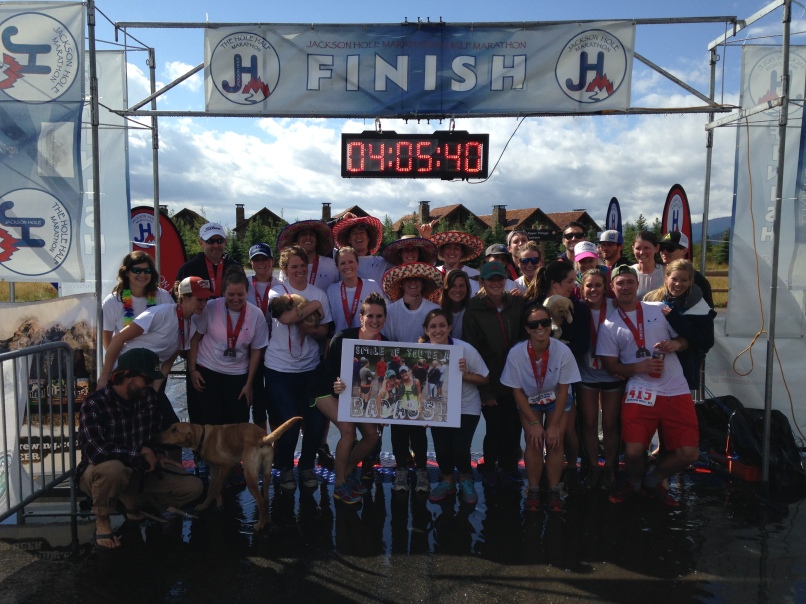